Humans of Hydroponics – Q&A With Jason Balius of Resurrection Ranch Tell us a little bit about yourself and your farm.

I grew up in rural Northern California, in the sleepy town of Sonoma. My background is actually in restaurants, ever since the 8th grade. I ended up getting to train with some of the big guys like Jeremiah Tower and Wolfgang Puck.  I eventually moved to the American South, where I opened my own restaurants, and I was even the caterer/chef for the men and women’s basketball teams at Duke University where I had a brick and mortar on campus. Even though I wasn’t a farmer, I’ve always been passionate about farm to table and putting fresh, sustainably sourced produce on my menu.

When I moved to Montana, I was struck by what a food desert I had found. I’ve always been a proponent of food justice, and I decided that I wanted to learn about food production. I dove into farming.

I currently have about 6500 square feet of greenhouse space, as well a 1500 square feet indoor growing facility. A year and a half ago I made the leap into hydroponics because I wanted to use the greenhouse more efficiently. Hydroponics is the future of farming – especially urban farming. Did you have any experience with farming before you decided to dive in?

None, zero… and it was pretty crazy to learn it for the first time. There was tons of trial and error involved, and a lot of hard work. I started in a soil-based greenhouse where I grew everything under the sun: tomato, eggplant, squash, you name it.

As I got better at growing, I also learned what it took to run a farm as a business. Year by year you realize where the profit is – what people will actually buy. I also came to realize how inefficient soil farming itself is.  After a lot of research, everything pointed to hydroponics.  Believe me, it was a game changer when we switched over. 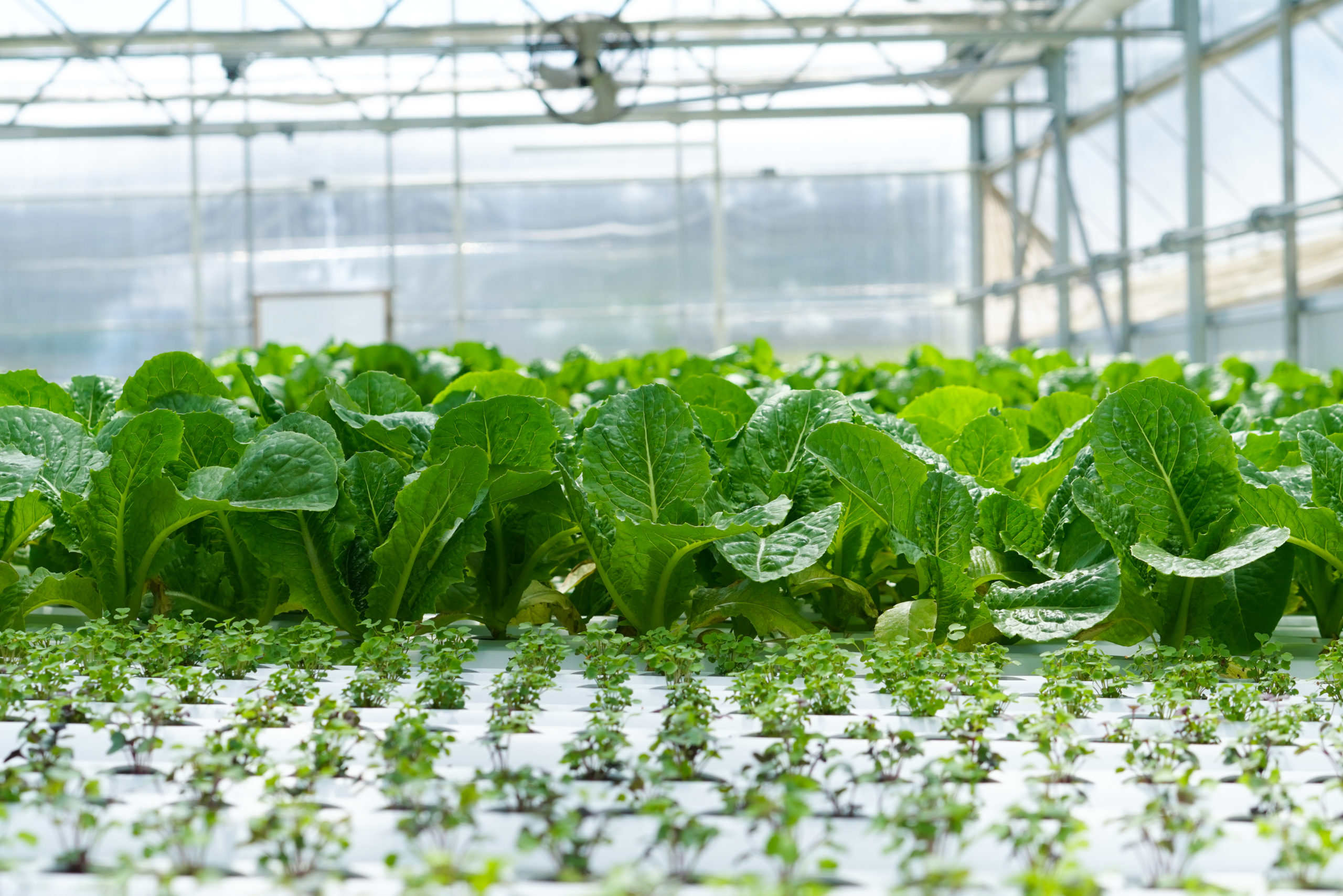 You mentioned your passion for food justice. Can you share more about that?

I want everyone, everywhere to have access to highly nutritious, affordable veggies. No matter your race, class, gender, orientation, or where you live. The simple fact is that there are a lot of people in a lot of places who cannot easily get healthy food, even if they want to. Food deserts are interesting. You have many parts of the world where economically depressed communities are neglected by grocery chains, and the local markets only sell processed food and cigarettes. If they do carry produce, it is far from fresh, and, of course, very expensive and littered with pesticides.

These urban communities that have been degraded by systemic racism are not the only places where this occurs. Extremely rural areas get left out too. Our farm is well outside the nearest town, and the local gas station definitely doesn’t carry any produce that I’d want to eat. You’d have to drive 40 miles into Great Falls to get good fruits and veggies.

Where did your interest in hydroponics first come from?

I didn’t have anyone recommend it to me. I learned about it from research on the internet. Originally I thought about aquaponics, but it didn’t make sense for our region because of the heating costs that would be involved. I cultivated my interest for a long time, and talked to lots of people, including other manufacturers.  One thing that helped a ton was being able to speak to some hydro growers in the Pacific Northwest who had been doing this for a long time. Farmers are wonderful – people were more than happy to share advice.

Who is your main market? Who do you sell your produce to and what are you growing?

We sell predominantly to large health food stores. They can’t get enough of our product in stock. It’s always in mega high demand.

Everything we do is packaged in 5oz clamshells that are 99% plant based. We also have branded all of our products with the “Mountain” moniker. Our Lettuce mix is called Mountain Mix.  We have Mountain Romaine, Mountain Mustard Mix, Mountain Arugula, and, coming this year, Mountain Kale and Mountain Asian Blend.

I’m also really excited to introduce a new product this year that we’re going to call “Two Heads Are Better Than One.” It’s pretty simple: two full heads of lettuce for the price of one. We think we can corner the market with this deal, and the buyers we work with are pretty excited about it too.

What’s the biggest piece of advice you’d share with someone who is just starting out?

If you’re going to make it, it will be through trial and error, not just what you read in books. That’s why having access to a sales rep and grower support, like AmHydro provides, is key to early success. You will make mistake after mistake after mistake. Being able to call my rep, Rudy, was key.

During my first month, I was sometimes calling him multiple times per day… but here’s the thing. After the first month it becomes really, really easy. Once you have a schedule, you can really cruise, as long as you’re controlling every aspect proactively. Sanitation, nutrition, lighting is a lot to manage, and I would say there’s more science in hydroponics than in soil-based farming, but it doesn’t have to be overwhelming. Of course, if you’re a perfectionist like I am, you do also need to remember to allow yourself some grace.

What’s your favorite part about running a hydroponic farm?

Well, if you can believe it, I’m also a neat freak.  I love how clean it is. Each area is totally sanitized and automated. It’s hard to argue with the output too. My harvest rates are almost at 100% at all times. It’s staggering compared to how I used to grow. I think I did more sales of Mountain Mix in the 4 months after switching to hydroponics than I had done in the previous 2 years of soil growing combined.

What has it been like to work with AmHydro?

First of all, let me just say that our rep, Rudy, has been phenomenal. He’s always been available, especially during those early stages when we didn’t know what we were doing.

As for the systems themselves, I can’t say enough about the functionality. It just feels like a superior product – absolutely stellar. We use those channels extensively, but they perform incredibly. Of course I don’t need to tell you, we’re using 90% less water, as advertised. We are pesticide free, non-GMO, and, honestly, we’re having fewer pest problems than we ever previously did with soil.

What’s next for you on your journey as a farmer and a chef?

I’ve always loved the idea of “farm to table”. It’s now been years since I left the “table” to build a farm, so I’m really excited to bring things full circle and open a restaurant soon. I’ve purchased a commercial building in Great Falls, Montana. It’s an amazing structure that’s about a hundred years old, and has 16,000 square feet on two levels. I plan to do a restaurant buildout in the next year on the main floor, and start growing hydroponic vine crops downstairs. Good things are on the horizon!